How to gain a competitive advantage by thinking differently 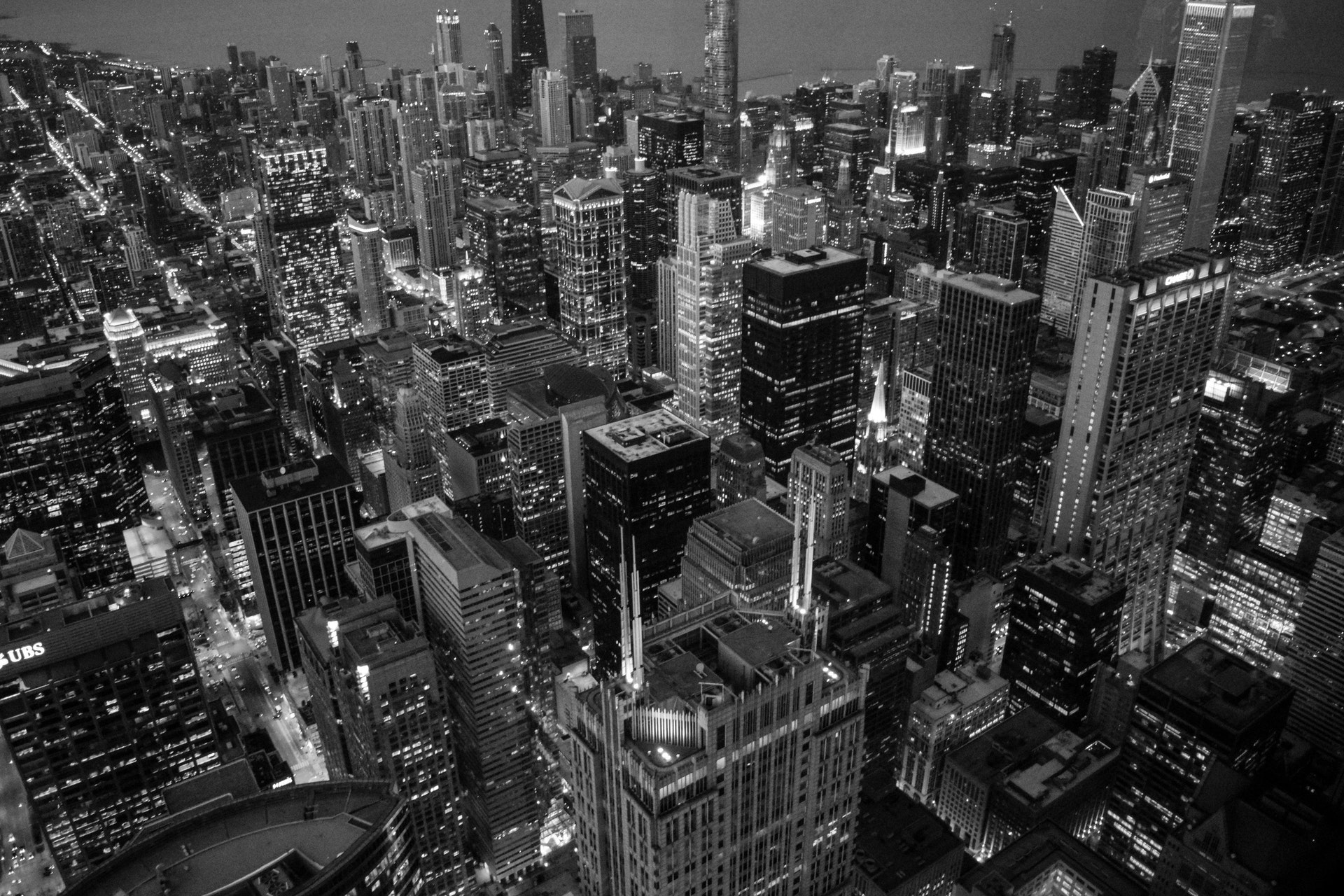 In 1756, the Prussian King, Frederick the Great, introduced potatoes to his people.

Potatoes were a recent import from South America. Frederick realised that having two sources of carbs (wheat and potatoes) would reduce the risk of famine.

Potatoes gave his people a cheap, easy-to-grow additional food source that could sustain both themselves and their families.

But much to Frederick’s despair potatoes were unpopular. 18th century Prussians didn’t eat a lot of vegetables. And potatoes are pretty fucking ugly to be fair.

So Frederick the Great made eating potatoes compulsory. But still, his people refused to eat them.

He then used the threat of death to force people to eat potatoes.

There are records of people getting executed after their refusal to grow potatoes.

Eventually, Frederick conceded.  He and his advisors had a brainstorming session to solve the problem creatively.

They came up with a new strategy.

Frederik The Great declared that the potato was a royal vegetable.  No one was permitted to eat them outside of royalty and dignitaries.

He planted potatoes in his royal gardens and had his soldiers guard them under the secret directions to not guard the potatoes too well.

Of course, if something is worth guarding, it’s worth stealing. And that is what some peasants did.

It wasn’t long before there was a thriving potato Blackmarket with them being secretly grown all over the country.

Frederik was delighted. He lifted the royal ban and Germany tucked into their potatoes.

This is called choice architecture.

Frederik the Great solved the problem by thinking differently

Nudge theory and choice architecture are used by governments across the world to influence voters and introduce new policies.

Obama first introduced it in the US, And the UK Prime Minister, David Cameron set up the ‘nudge unit’ in the UK.

The UK government used choice architecture to get Brexit done and during the pandemic and lockdowns.

Nudge theory looks subtle but it is very powerful. You can use this in your business to stand out and gain a competitive advantage.

The key being you can’t force people to act you must think differently to create opportunities for them to win.

If your clients win then so do you.

Most people are familiar with Richard Branson’s origin story for Virgin Atlantic.

A somewhat let’s say determined Branson hadn’t seen his girlfriend for weeks. His connecting flight was canceled so he chartered a small plane and sold the seats to the other passengers who were also stranded.

The idea for Virgin Atlantic was born. But it’s not the story we’re talking about.

Branson was a thirty-something hippy with a criminal record for VAT fraud and the owner of a very successful record label, recording studio, and record retail stores.

But he knew sweet FA about launching an airline. He needed an airplane. That much he did know.

So he called Boeing and asked if they had any second-hand planes for sale.

The cost of a new Boeing 747 was completely out of the question for Branson.

He knew he had to think creatively:

Branson did some digging and discovered that Boeing only had one customer for their 747 airplanes in the UK. That was British Airways.

Being the sole buyer gave British Airways leverage over Boeing and meant they could negotiate favourable deals.

Branson guessed that would piss Boeing off. And he was right, of course.

Branson approached Boeing and offered to lease a 747 for one year. If he could make Virgin Atlantic successful he would return and buy more planes from Boeing.

Furthermore, if Boeing had two customers in the UK it would give them more leverage in negotiations with British Airways.

Boeing liked the thought of that. That was 35 years ago. Virgin Atlantic has bought 73 planes from Boeing in that time.

And British Airways no longer had the same leverage over Boeing.

Branson used divergent thinking skills (creativity) to solve Boeing’s problem — and got what he wanted as a direct result of that.

Most founders know that business is about solving problems. The trouble is everyone is trying to solve the same problems with the same thinking.

How to think differently to gain a competitive advantage

I have been an artist manager and now a consultant for founders for 25+ years.

People often don’t see the connection. But it’s the same job… artists, creators, or founders all want the same thing.

They want to stand out and gain a competitive advantage in crowded markets. I come up with creative strategies to achieve that.

People employ me to solve problems.

They always tell me their problems in the form of outcomes.

“My market is crowded. I need to gain a competitive advantage”

“I need to make more money”

These are all fine. I want the same. Every business in the world wants to solve these problems.

But they use the wrong thinking to achieve that. All your competitors are thinking about outcomes.

To win, you must think differently.

There are two critical problems with outcomes.

And this is the problem.  If we try to solve problems through a narrow lens we are going to get the same ideas as everyone else. This is convergent thinking.

According to the NASA creativity research, 98% of adults use convergent thinking.

A better way to reframe that question is: what two numbers can be added together to make 20?

This opens up scores of different possibilities. This is divergent thinking.

It’s viewing problems and solutions with a wide lens to gain multiple insights and opportunities. And then narrowing down the best ideas to execute.

The second critical problem with outcomes is no one gives a shit about them apart from you and your team.

No one cares that you need more clients, a competitive advantage, and so on.

You have to reframe the internal and self-focused outcomes into challenges that solve your client’s problems on a deeper level than your competition.

This is what Richard Branson did with Boeing.

How to stand out with solving deeper problems

External challenges are concepts we create to solve our customer’s problems better than our competitors.

Most founders know the key to success is in solving other people’s problems. Your competition is thinking the same thing.

You need to go deeper and solve bigger problems.

Think of clients’ problems as icebergs. Only 10% of the iceberg is visible above the water. 90% of your client’s problems are below the surface.

It’s the stuff they don’t talk about but impacts their buying instincts and word of mouth. This is behavioral economics.

Unless your competitors have a deep understanding of behavioral economics, creativity and strategy they are all trying to solve the visible 10% with convergent, narrow thinking.

They are all trying to solve the same problem with the same thinking.

It’s little wonder everything looks the same and sounds the same in crowded markets.

I was doing a creative thinking workshop with a client last night. Towards the end, she came up with a genius idea.

I’m not going to give it away.

She works at the top level of interior design in LA. Her company was one of the first in this niche.

As with all markets inexperienced competitors have entered and copied their model, web design, and copy.

The market has become crowded. Clients can’t tell how good a service is until they’ve actually experienced it and by then it’s often too late, of course.

The client needs to stand out and gain a competitive advantage. Most of the client’s business comes from another service industry.

They are always asking the client for information so they can write their copy.

She can now create a branded PDF guide with the information that solves their problems.

This branded resource will be passed around from person to person in the big offices because it solves a critical problem her potential clients need to be resolved in order to do their jobs.

Her potential clients will need to reference her branded guide several times a month.

And when they need a company that provides her services who do you think is going to be the first name they think of?

She has solved a problem below the surface. And positioned herself as the expert.

Her competitors are all trying to solve the same old problems above the surface. This makes their services bland and uninspiring.

The client has created a nudge theory and choice architecture. This is one idea that helps her stand out and gain a competitive advantage in her crowded market.

Now that was one of perhaps a couple of dozen ideas we co-created in 90 mins.

If she picks the top 4 or 5 ideas and builds a solid strategy around them and executes them properly she will be the recognised go-to expert in her niche within 12-24 months.

Then she won’t need to compete on price. She can increase her fees as the recognised expert.

People will always pay a premium for experts in any niche.

She won’t need to advertise. She will have built a personal brand as the go-to person/ company in the niche.

Will these ideas and strategies revolutionise her industry? No.

Will they revolutionise the client’s business? Absolutely.

The key to standing out and gaining a competitive advantage in any niche is being famous as an expert.

Every founder wants to stand out and gain a competitive advantage in crowded markets.

If they use convergent thinking they believe they have a marketing problem.

When in most cases they have a thinking/ strategy problem.

That’s all for this week ✌️