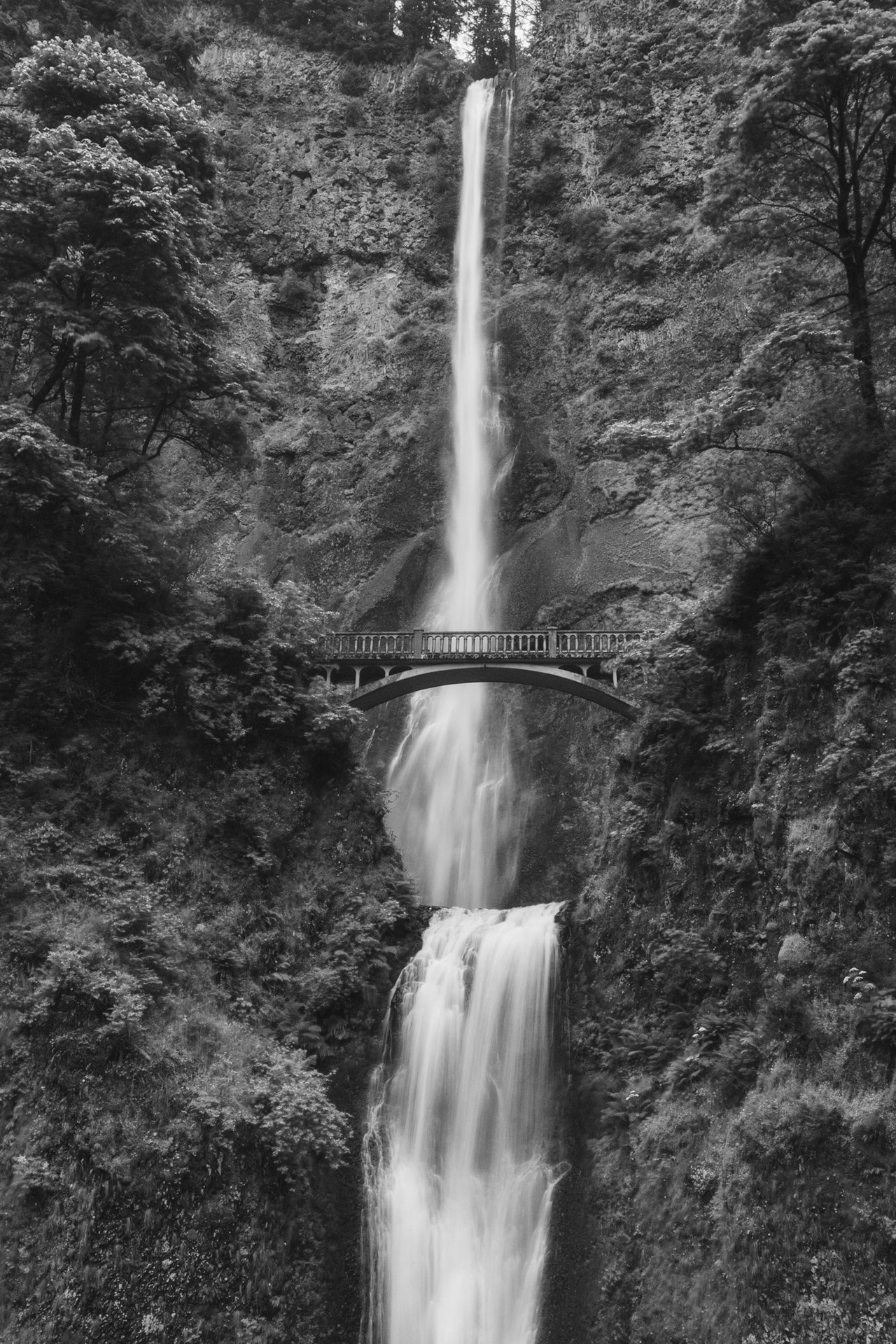 ‍10 years ago, I was standing side stage at the Apollo; a five thousand capacity venue in London.

It was only 2/3 full and I was panicking.

I was co-manager of the band. They were one of the biggest pop bands in the UK.

Their latest single had spent two weeks at No.1.

‘This ain’t a love song' ended up being the 2nd most played track on UK radio that year. It was a monster hit.

A musician friend (who detested them) later told me he had changed radio stations twice in disgust when it came on only to discover that the other stations were also playing it simultaneously.

He switched off the radio and sat for the rest of his car journey fuming in silence.

That made me chuckle…

The band performed on every major TV and chat show in the country, watched by millions.

They were fucking everywhere.

Their new (2nd) album had gone in at number 2 in the charts.

The band’s first album had shipped over a million copies and they sold over 100,000 tickets on their last tour, including 15,000 tickets in London alone.

Yet, here I was, drowning in anxiety with only 3000 sold tickets in London and 32,000 nationwide.

It was the first tour the band hadn’t sold out in 3 years. We only hit circa 65% capacity across the tour.

Everybody was scratching their heads. It really didn’t make any sense at all.

The fans loved the tour, but with razor-thin margins, it was a huge business flop.

From Bad To Shitty

Then it got worse, the next single flopped. It barely scraped the top 75. Its failure was massively spotlighted by the huge success of its predecessor.

Whispers in the industry that the band was finished started to reach us.

Radio 1 was talking about withdrawing their support of the band.

Ten years ago radio was king. Without radio, it was pretty much game over. Radio 1 was the biggest and most influential station in the country.

If they dropped the band others would certainly follow.

We had to do something. And quickly.

When a tour fails to sell out the next move is naturally to drop down a level.

The theory is that it’s better to sell out smaller venues. This makes sense, of course.

Except it is an admission of the slow decline and death knell of an artist’s career.

It’s less of a strategy and more of an acceptance of defeat. Nobody says that…but that’s what it really means.

I refused to do this. I wanted to invert the status quo and rather than drop down to smaller insignificant venues, I wanted to upgrade the venue sizes to the biggest in the country.

My business partner and the band agreed.

The UK music and media industry is all based in London.

They have little knowledge or interest in what happens outside of the capital. Those that work in cultural capitals such as New York, LA, and Berlin will know what I mean.

The media and music industries are myopic. The assumption is: if you’re big in London, you are big everywhere.

The promoters took some convincing as it had never been done before but we had an excellent agent who persuaded them.

I had to call the MD of Epic Records at Sony and explain the crazy plan.

I vividly remember being surprised at how calm he was about it. Just before I hang up he said.

And with that, he hung up the phone…

We put 30,000 tickets on sale for shows at Wembley Arena in London and the MEN arena in Manchester. We also did a smaller show in Birmingham.

And they sold out!

Less than 1% of signed artists can sell out those venues. It was a major coup — and immediately catapulted the reputation of the band back to elite status.

We didn’t sell more tickets than the previous tour. In fact, we sold 2,000 less.

We just focused our efforts on 3 iconic venues in strategic locations, instead of 20 small venues across the country that no one gave a shit about.

We essentially climbed Everest and Kilimanjaro rather than 20 smaller mountains no one had heard of.

Don’t get me wrong. We were absolutely shitting ourselves!!

But we knew the band had 30,000 superfans. We simply turned the shows into ‘must see’ events and mobilised the superfans.

The radio plugger used the sold-out Wembley Arena show to keep the band on Radio 1 playlists. They supported them for the remainder of the campaign and beyond the 3rd album into the greatest hits campaign.

The rest of the radio stations followed suit.

Selling out Wembley and the MEN Arena also gave the agent some serious leverage. The agent secured more festival spots with bigger fees.

That one creative strategy changed the course of the band’s career and made them hundreds of thousands more on extra festival spots and higher fees associated with acts that can sell out the most prestigious venues in the UK.

The beauty of it was it gave the fans a once-in-a-lifetime opportunity to see their favourite band in iconic arenas.

Creative strategy is a wooly business term that has been co-opted and used in so many different contexts that only adds to its confusion.

Richard Rumelt, Professor of Strategy at UCLA and New York Times best-selling author, defines strategy as “discovering the critical factors in a situation and designing a way of coordinating and focusing actions to deal with those factors.”

That’s as good a description as you will get.

There are three key factors to any good creative strategy.

The key to all creative thinking is defining the problem. Otherwise, you end trying to solve the wrong problem. This is often an expensive mistake that founders do all the time.

I’ve done it myself on many occasions.

If we hadn’t applied downstream thinking, we may have thought we had a marketing problem and wasted tens of thousands trying to sell more tickets.

The goal of any good creative strategy is to turn negatives into opportunities.

Our problem was Radio 1 (and the rest of the media as a result) were going to drop the band and potentially end their careers.

That’s not defined enough. You have to dig deeper than that! Or go downstream to see the real problem.

Why were they removing their support? Radio 1 only supported the most popular and prestigious acts in the country.

With a flop tour followed by a flop single, the perception at Radio 1 was the band was finished.

So our real problem was the perception of the band at Radio 1.

Step 2— Choose A Course Of Action

I looked at the two negatives which were causing the bad perception to see if we had any control over them.

1) The flop single: We couldn’t control the singles. We couldn’t get 70,000 people to buy the next single on iTunes on the week of release.

That was outside our influence.

2) The flop tour: We could control the venues for the next tour. And that’s what we focused on.

Step 3 — Create A Series Of Actions To Solve The Problem ( a.k.a tactics)

We promoted the arena shows as ‘must see’ historic events.

We made them special. We put them on the weekend and fans made the journey from all over the UK.

We weren’t looking to sell more tickets. We were looking at how to we could give the impression that we were selling more tickets.

This changed the perception of the band and solved our problem as a result. The band had several more top 10 albums and successful tours thereafter.

10 years on, the band still sell circa 25,000 tickets on tour today. The hits dried up years ago but if you stay on the pitch long enough you’re bound to score more goals.

I’d bet circa 80-90% of the fans who buy tickets today were at those arena shows. They are legendary. And part of the fabric of the band/ fans dynamic.

Firstly, I want to extend a huge thanks to all the founders that applied. I was overwhelmed. And I feel bad I can only do a handful of them.

I held the first one on Tuesday night. It went well. Tatiana was very generous with her time and thought the workshop was “fantastic”

It needs some fine-tuning but I expected that, of course.

What I wanted to address was perception. I use an example of Cirque De Soleil and how they disrupted the circus industry.

It’s a famous case study that highlights the strategy and not the expected results. We’re not going to come up with ideas that completely revolutionise industries in 90 minutes.

What I will do is teach people a process on how to stand out in crowded markets by thinking differently.

We’ll co-create creative strategies that will get you more clients and make more money.

Even the creative strategy above took me days and days of sweating and fretting over strategy canvases and analysis tools.

I’m looking forward to the next batch of beta-testing. ✌️

A new feature where I’m promoting subscribers of the newsletter businesses for free — interested? Simply reply to this email

Antares Vargas is a passionate writer, producer, storyteller, and editor in the Los Angeles entertainment industry.

She has worked on every genre of unscripted television crafting, producing, and editing compelling content for all streaming and television networks.

Antares is part of a collective of the most experienced and prestigious directors, producers, editors, cinematographers, line producers, artists, and graphic designers in the industry.

Her and her team can take on any production from start to finish and deliver stories full of heart that will make your viewers feel something. If you and your team need help producing and editing outstanding content or campaigns for your brand

I created strategies and built audiences for artists who sold millions.

You can read more in the archives here. Find out more information on my website