Is the attention economy killing creativity?

Is attention a more valuable commodity than talent? 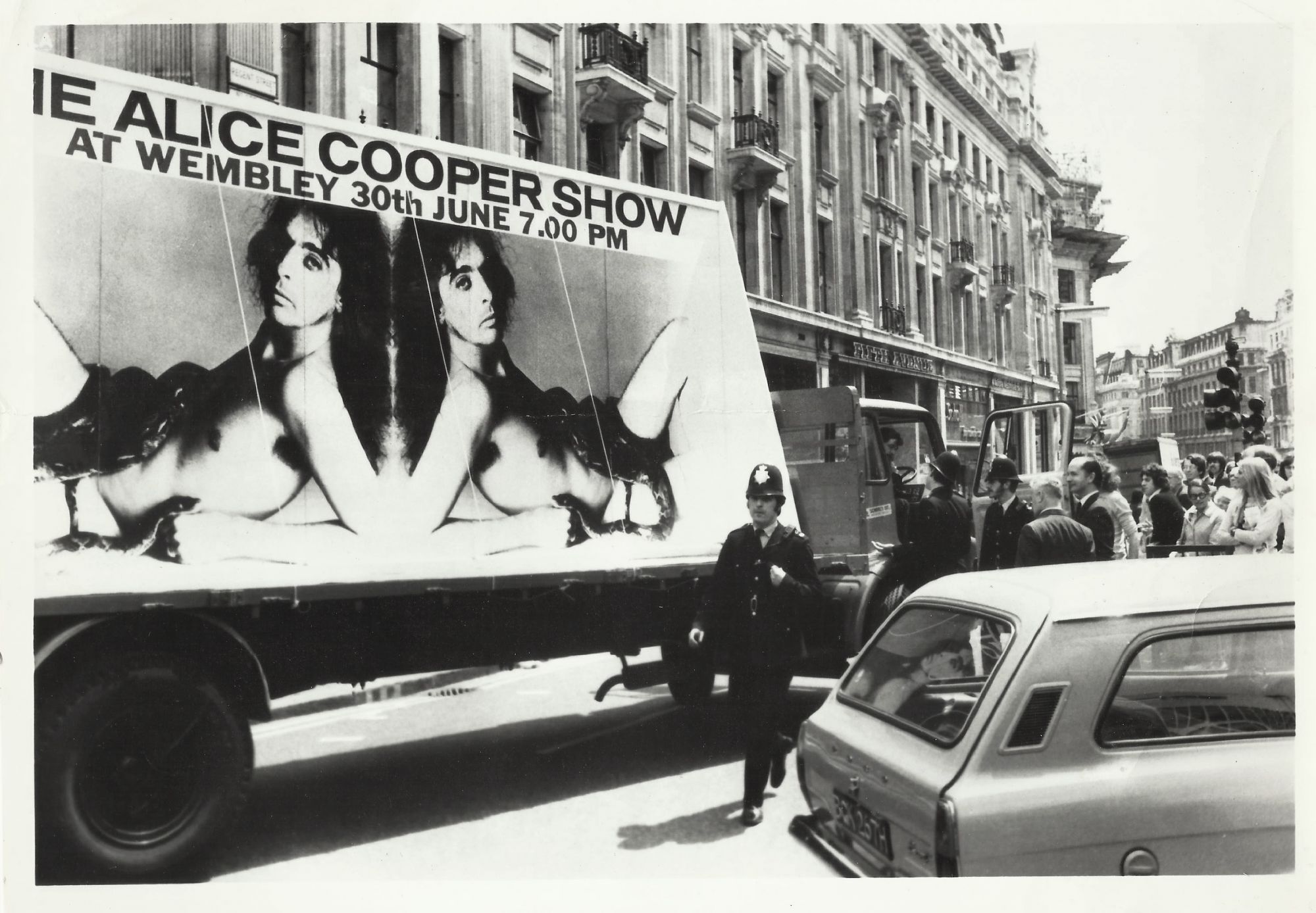 In 1972 Alice Cooper and his manager, Shep Gordon needed to raise money. They had an ongoing lawsuit against a record label.

This was challenging to their financial situation. They needed to raise cash — and fast.

Alice was a big star in the states. Shep figured that would translate to the UK. So he booked the 10,000 capacity Wembley Arena in London.

Shep was wrong…very wrong. 3 weeks before the show and they had sold less than 50 tickets.

Shep had to create a buzz. He had used shock tactics to promote Alice with great success before.

They used fake guillotine beheadings as part of Alice’s show which had garnered headlines in every major newspaper across the US.

This, of course, sold even more tickets and albums.

Shep’s strategy was simple but genius: to get kids to love Alice he must first get their parents to hate him. A strategy that Andrew Loog Oldham also employed to break The Rolling Stones.

A year prior Shep had organised a photoshoot with Alice who was naked except for a Boa Constrictor strategically placed to hide his dignity.

He got it printed on a billboard, put it on a flatbed truck and arranged for the truck to ‘breakdown’ in Leicester Square — the busiest part of Central London.

The record label tipped off the press. Every major newspaper covered the story. It was even featured on the BBC evening news.

The result? Wembley arena sold out. The label released “Schools out” which went straight to number 1 in the UK. And Alice blew up.

Shep Gordon is a legendary manager. But his real skill was getting his clients attention.

If you combine attention with talent that connects you will be a big hit.

Alice Cooper has sold tens of millions of albums He has been in the business for 50 years and still sells out arenas worldwide.

Before the internet information was scarce. Companies would pay a premium for consultants who had the knowledge they needed.

Now information is everywhere. We are saturated with it. Most of it is conflicting. We don’t know who to believe. The scarcity is now trust.

Companies will now pay a premium for consultants whom they trust to have the knowledge they need.

Everything is based on scarcity. When we have scarcity it generates a premium. The less available the more they are worth.

And this brings us to now.

We only have limited capacity for attention and corporations have designed addictive social media platforms to keep our attention on them.

The more attention we give a platform the more money they get selling our attention. Corporations then buy ads to sell us stuff we don’t want and we don’t need to impress people we don’t like.

And this isn’t new, the advertising industry has been doing this for decades. They used to create content with tv programming and newspaper articles.  And now we do it for them.

We make the content, the platform creates the distribution and the competition for the attention we crave with algorithms.

In the future, everyone will be world famous for 15 minutes — Andy Warhol

Platforms make or break the stars by controlling the amount of attention they get.

If politics over the last decade has taught us anything, winning elections is not about policies —it’s about attention.

The truth isn’t important. It’s how far and wide parties can get their message to the masses. Fear and division are used to saturate their hearts and minds in order to manipulate their opinions…and ultimately their votes.

They know they can’t manipulate everyone. They don’t need to. They just need to manipulate enough people to win.

Once they are in power they can control the policies and shape the culture.

The truth is irrelevant.

How to fake a hit

The same is true with music. If you have enough attention even a mediocre track that doesn’t connect can get millions of streams and become a ‘hit.’

It doesn’t have to connect deeply with an audience.

Spotify will add it to their biggest playlists, not because the song is connecting but because the artist has attention.

The audience will listen to it and trigger the Spotify algorithms and the track becomes a ‘hit’ without ever, really, connecting with an audience.

Spotify wants to keep us on their platform.

Songs that don’t connect die quickly. But that doesn’t matter.

The truth is irrelevant

It has served its purpose. It’s a “hit.” The narrative has been created and PR teams will leverage this to create more attention, which is used to create more “hits.”

This is fast food. Empty creative calories. And everyone basks in the fake glory.

This is a different formula to Shep Gordon used to promote Alice Cooper.

This is a smash and grab mentality. It’s instant gratification. This about bonuses in lieu of art and longevity.

This is about racking and stacking mediocrity by leveraging the attention but without the connection.

The attention economy of creativity

The main argument that creativity is dying is based on attention and ultimately commercial success.

You can have an artist who has dedicated themselves for years, decades even, to mastering the art of songwriting. They can get hundreds of thousands of streams with a deep, beautifully created, masterpiece.

In contrast, you can have a kid with no musical experience who leverages their millions of followers on ( insert your social media platform of choice) and get 5 million + streams with a mediocre track that doesn’t really connect with their audience.

It’s also true that 95% of record deals with major labels and most large indie labels are driven purely by data.

Labels use A+R software that scrapes stats from Spotify, Apple Music, TikTok and Instagram. If your song is blowing up the label know about it.

The music industry has always created opportunities where the focus was on attention rather than the depth and mastery of creative talent.

TV talent shows have historically had huge viewing figures as well as opportunities to leverage the attention into sales with the stars they have created with the attention.

It’s not fair. But the music business isn’t. It never has been and it never will be.

This is not new. Justin Bieber, Shawn Mendes and Charlie Puth to name just three built and leveraged their audience to mainstream music success.

But they connect with their audience. That is the key difference.

Think micro and not macro

But people are missing the point! Creativity does not exist for the purposes of commercial exploitation.

It can be a vehicle if that is your goal.

Creativity is something we are compelled to do; to connect with others.

With over 8 million artists releasing 21 million tracks annually and this is growing exponentially.

Unless you have an audience or at least a connected manager with a significant budget to build a real, solid plot…it’s going to be an almighty struggle to become famous.

For me, it’s better to enjoy creativity as art and personal development. Songwriting is a cathartic experience. It’s a way to process and articulate your feelings and connect with others that feel the same.

The joy of creativity is in the creating.

“This is the real secret of life — to be completely engaged with what you are doing in the here and now. And instead of calling it work, realise it is play.” — Alan Watts

Being creative is intrinsically joyful. Most people spend their entire lives looking for purpose and meaning, which can lie within your creativity if you want it to.

Creativity is who we are and what we do. The suffering comes from thinking it’s not enough. That we need others to commercially validate our work before it has value.

Peace can only be found in the process. To dip into Seth Godin—isms, find your tribe. Create music for the smallest viable audience and build it from there.

Create remarkable material that is worth sharing and you will create word of mouth.

If you create music that means something to someone they will tell others.

The more mainstream music gets watered down artistically the more artistry will be valued by those that appreciate the art and mastery of the craft.

The scarcer music that matters becomes the more it will be valued by the audience.

The attention economy is not new

We have been in the attention economy before with television. We had the X factor in the UK and American Idol in the states.

Both shows created mainstream popstars with acts that had not done their time. That hadn’t put in the years of mastery.

The attention economy works but without real connections it is fleeting. Audiences get tired of formulaic artists and material.

X factor came second. It was the beginning of the end.

The more the mainstream is filled with fluff the more people will seek out quality music created with meaning.

As creativity becomes more scarce the more it will be valued by people who appreciate art. By valued I mean culturally and not commercially — although that will likely happen too.

Without depth and connections, attention like good looks will fade.

If you can combine attention with talent and material that connects with an audience then you will have a long and successful career.

Build an audience and then deliver music that matters.

Or deliver music that matters and build your 1,000 true fans who love your music for what it is and not who they think you are.

Either way, create whatever you create for the joy of creating.

I’m a former multi-platinum artist manager who got burnt out and became an artist & creative blogger, coach, and consultant.