And Other Shit You May Find Interesting 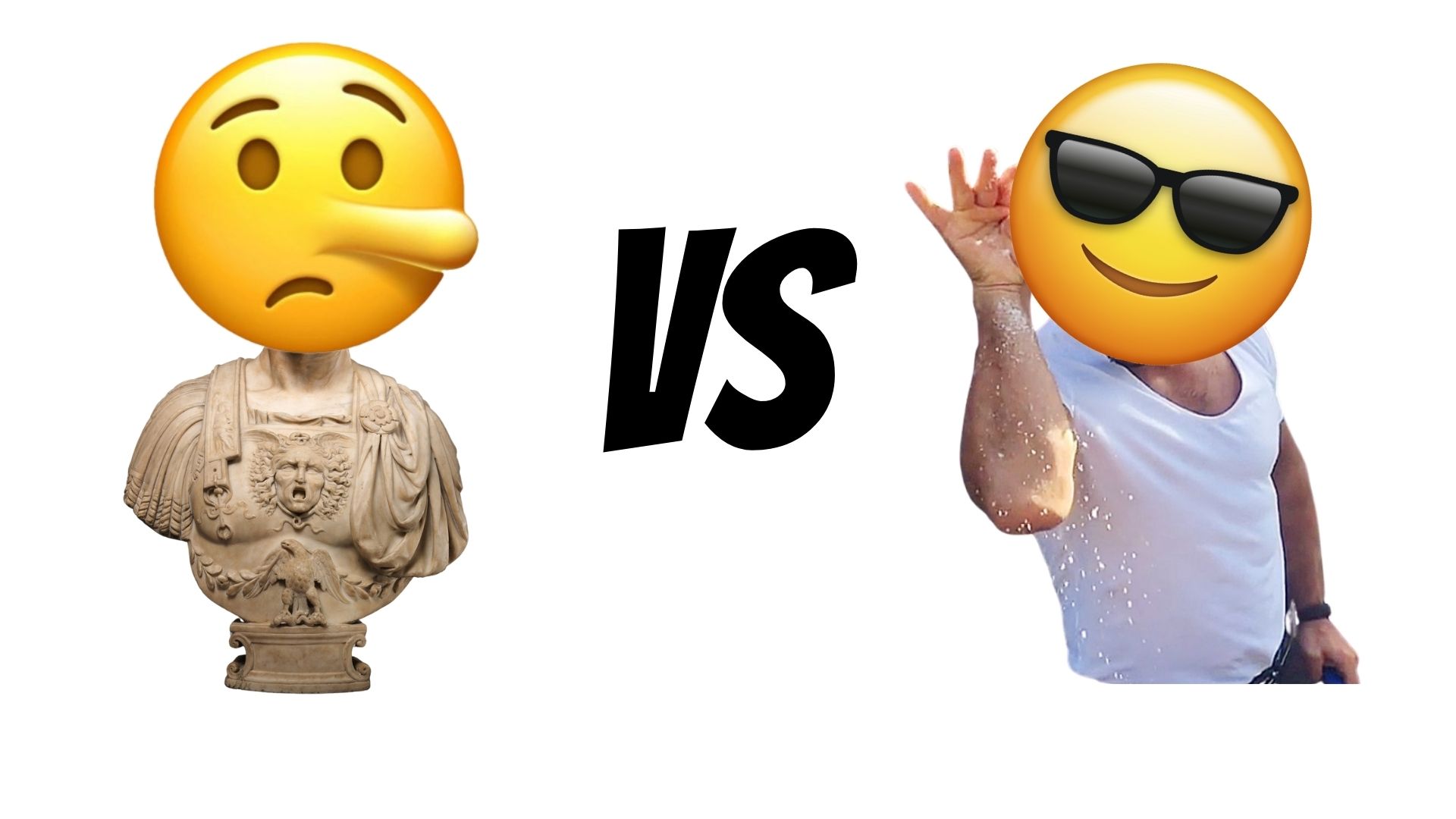 In 75 BC, Julius Ceasar was a mere pup of a politician aged just 25.

But Julius was a strategist. He knew how to think differently.

He was captured by Cilician pirates in the Aegean Seas. They demanded a ransom of 20 talents of silver, which is worth about $600k.

Ceasar laughed in their faces and commanded the pirates to demand 50 talents of silver ( $1.5 million) for his release. The pirates were shocked but naturally agreed.

Caesar sent some of his men back to Rome to raise the ransom. It took them 38 days to achieve this.

50 talents of silver was the biggest ransom Rome had ever seen. Dignitaries of much greater fame and importance had been ransomed for much, much less.

This, of course, made Ceasar famous in Rome. Romans were gossiping as to why such a young politician should command and achieve such a huge ransom.

Anyone that knew Ceasar bragged about their relationship in order to elevate their own profile.

This strategy started him on his path to becoming Emperor.

P.S Caesar returned to the island he had been held captive and crucified the pirates. Although, as he’d grown fond of them during his capture and took mercy on them by slitting their throats first.

Salt Bae: The Meme, The Man, The Legend in his Own Lunchtime

Salt Bae has 28 restaurants frequented by A list celebrities across the world including New York, London, and Dubai. They are the most expensive steak restaurants on the planet, where steaks dipped in gold leaf cost up to $1,750 and burgers cost $125 ( n.b fries are extra! )

There is, it seems, a limit to the placebo effect.  Salt Bae’s restaurant in London is one of the worst-reviewed on Trip Advisor. Nusr-Et is currently #17,309 out of 17,346 London eating establishments.

The reviews of his New York restaurant are even worse.

Writing in the New York Post, food critic Steve Cuozzo called the restaurant a “ripoff”,  savagely commenting, that his steak was a “shoe-leather-tough bone-in ribeye, which, for extra fun, was loaded with gruesome globs of fat”.

Others have commented that Salt Bae has managed to get money out of the super-rich, which is something most governments have failed to achieve.

That made me chuckle.

And yet despite all the terrible reviews and the eye-watering costs, his restaurants are packed. It no longer matters if something is good or bad, people simply want to be seen in places that everyone else is talking about.

They are seeking social currency. This seems true of celebrities, too.

Every A-lister from Leonardo DiCaprio, Ronaldo to Rihanna have visited his establishments and been photographed with the meme man himself.

Salt Bae has over 40 million followers on Instagram and recently bought the 5 star Park Hyatt Hotel in Istanbul for $80 million.

You have to admire the genius of filling his restaurants at those prices, and maximising his meme fame.

Salt Bae and Julius Ceasar employed the same strategy. They both charged gobsmacking, ball shaking, amounts of money which generated word of mouth and promotes gossiping, which leads to social currency.

Jonah and his colleagues researched word-of-mouth data in over 10,000 products including Coke and Walmart to small start-ups.

They also studied over 7,000 articles to see what content went viral and why.

These are the six principles of virality

We share shit that makes us look good…or important…or whatever.

People share the receipts for Salt Bae’s restaurants. This makes them look good and rich.

Everyone knows how expensive his restaurants are. The prices are clearly marked. People share them for social currency. There is social kudos in attending Salt Bae’s restaurants.

Rebecca Black’s - Friday video blew up on Youtube. It has been watched 157 million times. Thousands of parody videos were uploaded. It was the most-watched video on Youtube in 2013. It peaked once a week because of its inbuilt triggers, yep, you guessed it — every Friday.

She still has a full-time music career 8 years on doing in excess of 50 million streams per annum.

In his book, Jonah explains that Cheerios has more triggers than Disneyland. Breakfast is a daily requirement whereas Disneyland is a once every special occasion while.

Whether it’s positive ( excitement or funny) or negative (angry or anxious) a high state of emotional arousal makes us share content.

People tend to copy others. Malcolm Gladwell covered trends in Tipping Point. When Apple introduced the only white earphones this became a social currency benefit, which further increased the desirability.

People want to help others. They share content that they feel will help out their friends and colleagues.

We humanoids love stories. It’s how we remember things. Stories have been baked into our DNA from the first cave paintings were created, 70,000 years ago.

When Word Of Mouth Goes Wrong

Elizabeth Holmes was the youngest female self-made billionaire — and the darling of silicon valley. She dropped out of Stanford at 19 to launch Theranos and enjoyed a net wealth of $4.5 billion as founder and CEO of the company.

At its peak, Theranos had a $9 billion market cap. It claimed its technology could accurately run hundreds of medical tests on a few drops of blood.

Theranos received more than $900 million of investment from the world’s smartest VCs and investors.

The trouble is it was all bullshit. She was found guilty on Monday of fraud charges that will see her incarcerated for up to 20 years.

How did she manage to fool some of the smartest people on the planet?

She claimed to have world-changing technology but she also employed psychological triggers.

FOMO: Holmes had identified a solution that would change the world. It was bullshit but investors didn’t know that and were scared they would miss out on the opportunity.

Start-ups have continuously reshaped the culture and changed the world with disruptive ideas and technologies, Elizabeth tapped into all that.

There are only 7 Michelin 3 starred restaurants in the UK. Two of them are in the small civil parish of Bray in Berkshire (pop: 9,110).

One of the restaurants, The Waterside Inn, is owned by the Roux family who are a dynasty of Michelin-starred French chefs with several restaurants across the UK and France.

The other, The Fat Duck, is owned by a former credit controller and repo man with no formal chef training or experience.

How did Heston Blumenthal create one of the world’s best restaurants with no experience or training?

He ripped up the status quo by thinking differently.

The Waterside Inn is your classic traditional Michelin starred French restaurant. Beautiful ingredients, cooked to classic styles going back generations all served in a professional but pretentious manner.

The Fat Duck did the opposite.

It is famed for innovative dishes such as bacon and egg ice cream, snail porridge, and sardine on toast sorbet.

His mock turtle soup is an Alice in Wonderland theme with dry ice. “Sounds of the Sea” is a seafood dish a plate of seafood served with a seafood foam on top of a "beach" of tapioca breadcrumbs and eel.

Diners are given earphones to listen to crashing waves whilst they eat.

Heston was a pioneer of dining theatre and his dishes became the word of mouth triggers and people enthusiastically discussed the quirky dishes as social currency.

All the dishes look fabulous and inevitably end up on Instagram and Twitter with diners keen to promote their social currency.

All of which combined to make the Fat Duck one of the world’s best and most talked-about restaurants. Heston quickly became a celebrity chef with best-selling books and his own shows on prime time TV by being different.

Disruptors and creative geniuses are idealists. They want to change the world, disrupt their industries, and have an impact.

The trouble is most people don’t have the courage to be different. And that’s fine.

But if you truly want to make a difference you’re not going to do it in your comfort zone.

Whereas if you conform to mediocrity because you are too scared to fail, then you will have failed before you even tried. Others may not know this…but, deep down, you will know.

I would argue that accepting mediocrity below your level of potential to the world is far scarier than trying and failing.

Be a disrupter. Stick two fingers up to conventional wisdom. Change the fucking game. Take risks and think differently.

“Courage isn’t the absence of fear, but rather the assessment that something else is more important than fear” — Franklin D. Rooselvelt

I build disruptive creative strategies for founders and CEOs who want to stand out and gain a competitive advantage by thinking differently.

I also do workshops to teach your team creative thinking skills that propel growth and instil a culture of innovation within your company.