The dark paradox of success in creativity

A look at the underbelly of global creative success and the fear and insecurity that drives many of the worlds biggest artists to succeed. 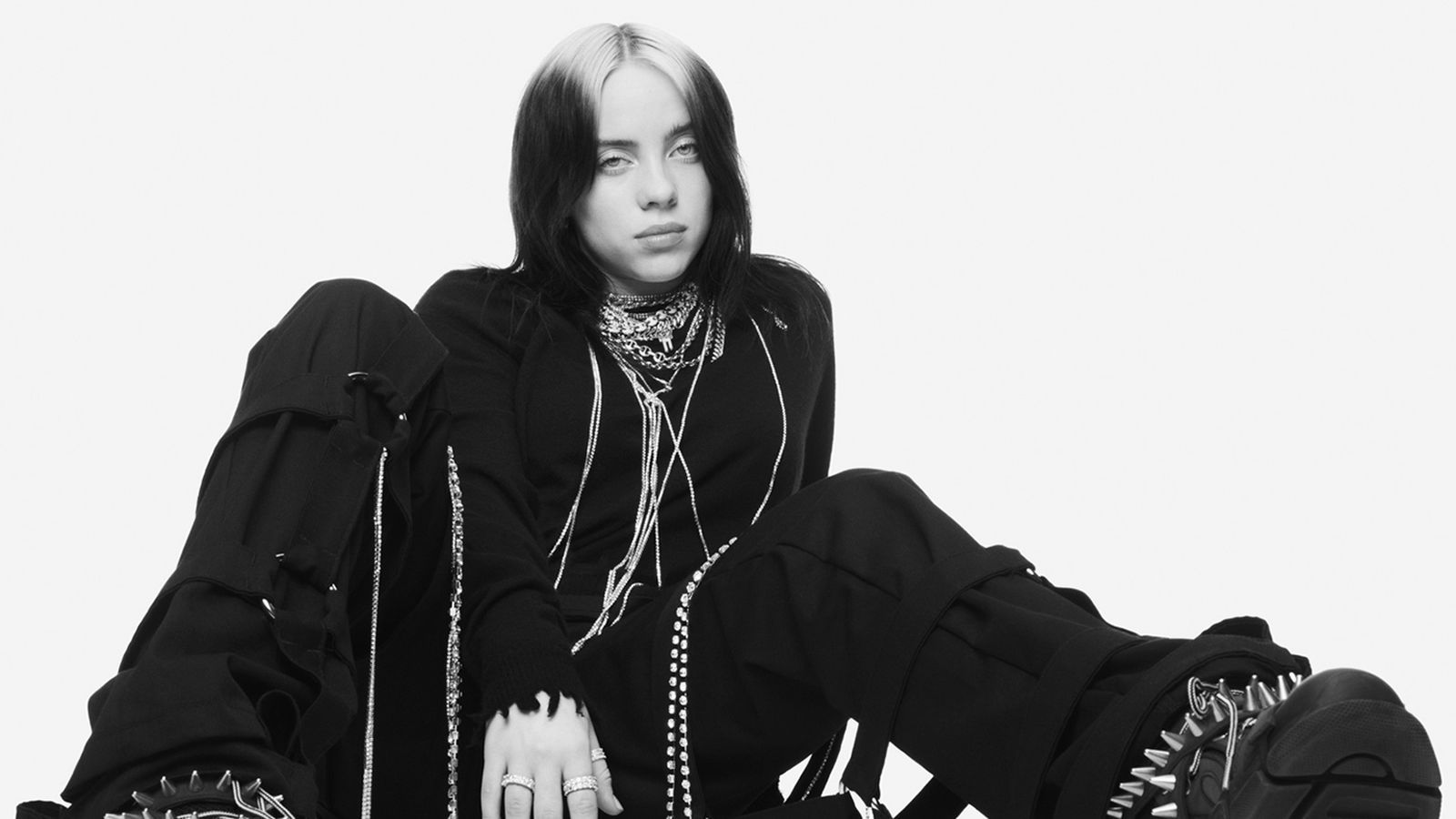 I’ve loved attention my whole life…but I don’t think anyone knows what fame actually is. Because if I did want to be famous—it wasn’t this kind.

The Pursuit of Fame

Artists and creatives want to be renowned for their work. We are driven by our passions and our purpose.

Artists and creatives are insecure. We suffer from self doubt. There’s a spectrum — a continuum. I’m on it. You’re on it — we all are.

The questions we ask ourselves are: Am I good enough? Or if we’ve tasted success before: Am I still good enough?

Many successful artists are insecure overachievers. They are driven by their insecurities. They’re highly competitive people who never feel good enough, which drives them to work even harder in their quest for approval.

“I had enormous self-image problems and very low self-esteem, which I hid behind obsessive writing and performing. …. I really felt so utterly inadequate. I thought the work was the only thing of value.”

In his book, Orville Gilbert Brim, the social psychologist and author of Look at Me! The Fame Motive from Childhood to Death, stated that modern culture was full of people who want to be famous so they can feel accepted. He talks in depth about the basic human need for approval.

The British Psychological Society did extensive studies into the seemingly universal desire for fame. They list various reasons such as narcissism, altruism but mostly their studies showed participants wanted to use fame to overcome insecurities and low self esteem.

We all seek external validation. And why wouldn’t we? We have grown up being praised and rewarded when we pleased our parents and teachers, and scorned when we did not.

In a sea of billions, we want our voices to be heard above the crashing waves of mediocrity.

We want to feel good enough. The seduction of success

The first taste of success is incredibly intoxicating. Artists and producers who have struggled for years and years, are suddenly thrust into the spotlight.

Songs that were previously ignored fill nationwide radio playlists and global Spotify charts, getting millions of streams a day.

Artist’s are invited to perform on the biggest TV talk shows, they sell out huge venues and everybody gushes about them on social media.

They are new and shiny and the public are smitten. It is the ultimate validation for any artist. But it doesn’t last.

You see, most artists believe that creative success will fix them. That it will fill the voids in their self esteem. That a new found confidence will course through their bodies and fill the emptiness they feel inside. They think success will make them happy.

Fame will 10 X your insecurities and fears.

If I’ve learned anything, it is this: fame will not fix your problems.

Instead, fame is likely to magnify all of your insecurities and exaggerate all of your fears. It’s like picking up a fire extinguisher for your pain that ends up being a canister of gasoline

The basic premise of society is if you work hard you will be successful and then you will be happy. It is the American dream.

But that is broken and backwards.

Every time you experience success you change the goal to an even bigger one and thus never reach it.

You have a number 1 hit, you immediately want another one.

Happiness is an emotional response to an outcome. If I win I will be happy, if I don’t — I won’t. It’s a if then, cause and effect, quid pro quo standard that we can’t sustain. Because we immediately raise it every time we attain it.

The more we chase happiness through success and the applause of strangers, the further away we get from it.

Happiness is not a destination.

The harsh truth is, after working towards a goal we were convinced would make us happy for years, sometimes decades, only to realise it’s all been an illusion is a depressing realisation.

I had bought into the not uncommon notion that when I tasted success, when I get over there I’ll be happy. But the strangest thing happened, as the show got more successful — I got more depressed.

Researchers call it the expectation gap. The difference between our perception of success being greater than the reality of success

The pressures to perform are overwhelmingly intense. The more successful we become, the more we feel we’re not good enough.

The more successful I get, the more insecurities I'm getting, it's weird. I don't know if it's because I'm so blown away that people like what I do, but I just feel like I'm never going to live up to it.'

‘I have anxiety attacks, constant panicking on stage, my heart feels like it's going to explode because I never feel like I'm going to deliver, ever.’

Successful artists and producers feel they have to be perfect. Their whole identity and self esteem is built on the approval of people they don’t know. They read everything that is written about them and every comment.

They ignore all the positive comments and obsess over the fraction of nasty, hurtful and spiteful remarks that cut to the very bone.

Every DJ, no matter how big or how small, deals with a certain amount of insecurities. The pressure can be huge. Every artist is a perfectionist.

We all read everything that is being said about us. That is the truth.

It’s a vacuous job. Artists’ are always approving photographs and videos of themselves.

They are being judged on how they look and how they act.

They constantly feel the need to be perfect. For their work to be culture defining. The pressures to constantly outperform every time are crippling.

There’s so much pressure putting new music out. If I don’t beat everything I’ve done prior it will be deemed as a colossal failure

Perfection is just an illusion. A dangerous one.

It’s an unachievable and impossible goal that only serves to create deeper feelings of imposter syndrome.

And their self esteem becomes more and more reliant on the applause of strangers as a result.

We’re people that got into this life because we want people to like us. We’re intrinsically insecure because we like the sound of people clapping because it makes us forget how much we don’t feel good enough. I’ve been doing this for 15 years and I’m tired.

Success does not make you happy. Happiness makes you successful

After two decades of working closely with famous, successful artists the truth is – for most of us, anyway – we are just not emotionally designed to be highly successful in music.

We are too insecure. We care too much what others think. We can’t handle the overwhelming pressure of living up to unrealistic expectations.

This is why there’s so much substance abuse, depression and mental health issues with artists and creative at all levels.

Artists get swept up in external validation. When your self esteem relies on the public and the industries approval you will lose your identity.

Sometimes I don't feel as if I'm a person at all. I'm just a collection of other people's ideas.”

The irony of fame is, you may be loved millions who worship you for the person they think you are.

Yet you spend every night alone wishing just one person loved you for who you really are.

Fame will lead you to question your faith in humanity.

You will become paranoid. You think everybody has an ulterior

motive. And more often than not; you will be right.

You will be suspicious of the motives of people that are less successful than you.

As people who are more successful will be suspicious of you.

And your world gets smaller and smaller.

It’s amazing how lonely you can become

Most artists are driven to succeed so they can be loved and accepted. Yet they end up isolating themselves out of fear and anxiety. They are lonely. It’s tragically ironic.

Ed Sheeran pays four old school friends to go on tour with him.

He doesn’t want to feel lonely, while he plays to hundreds of thousands of adoring fans who pay a small fortune to see him on tour.

The morale of the story

I think everybody should get rich and famous and do everything they ever dreamed of so they can see that it’s not the answer.

Success will not make you happy. It will not fix you.

It will make your insecurities bigger and your fears deeper.

Whether you’re a hobbyist, a DIY independent act or a successful artist or creative, if you want to avoid creative misery then you have to stop focusing on outcomes.

You can’t control outcomes. They control you. All you can control is your effort, your attitude and your reactions.

Trust me. It took me decades to work this out.

We all want approval — especially in our creative work.

We lose our identities.

If our identities and self worth are welded to our creative success; our happiness and fulfilment are in the hands of others.

Everyone wants to be happier. But you won’t find it in the approval of others. The applause of strangers and critics are like a drug, the more you get, the more you will need.

It’s chasing happiness and fulfilment on a hedonic treadmill. You will never catch it.

The joy is in the process. It’s in the marginal gains and mastering your craft.

It devoting yourself to being the best artist and creative you can be regardless of the outcomes. It’s creating for yourself and not others.

The only comparison is with yourself. Am I better today than I was last month? Am I an artist or creative who is true to themselves?

True artists create what they love regardless what you think.

People will respect you for being true.

But more importantly, you will respect yourself for being you.