😪 The Empathy Of Uncertainty 🤔

The Only Certainty is Uncertainty 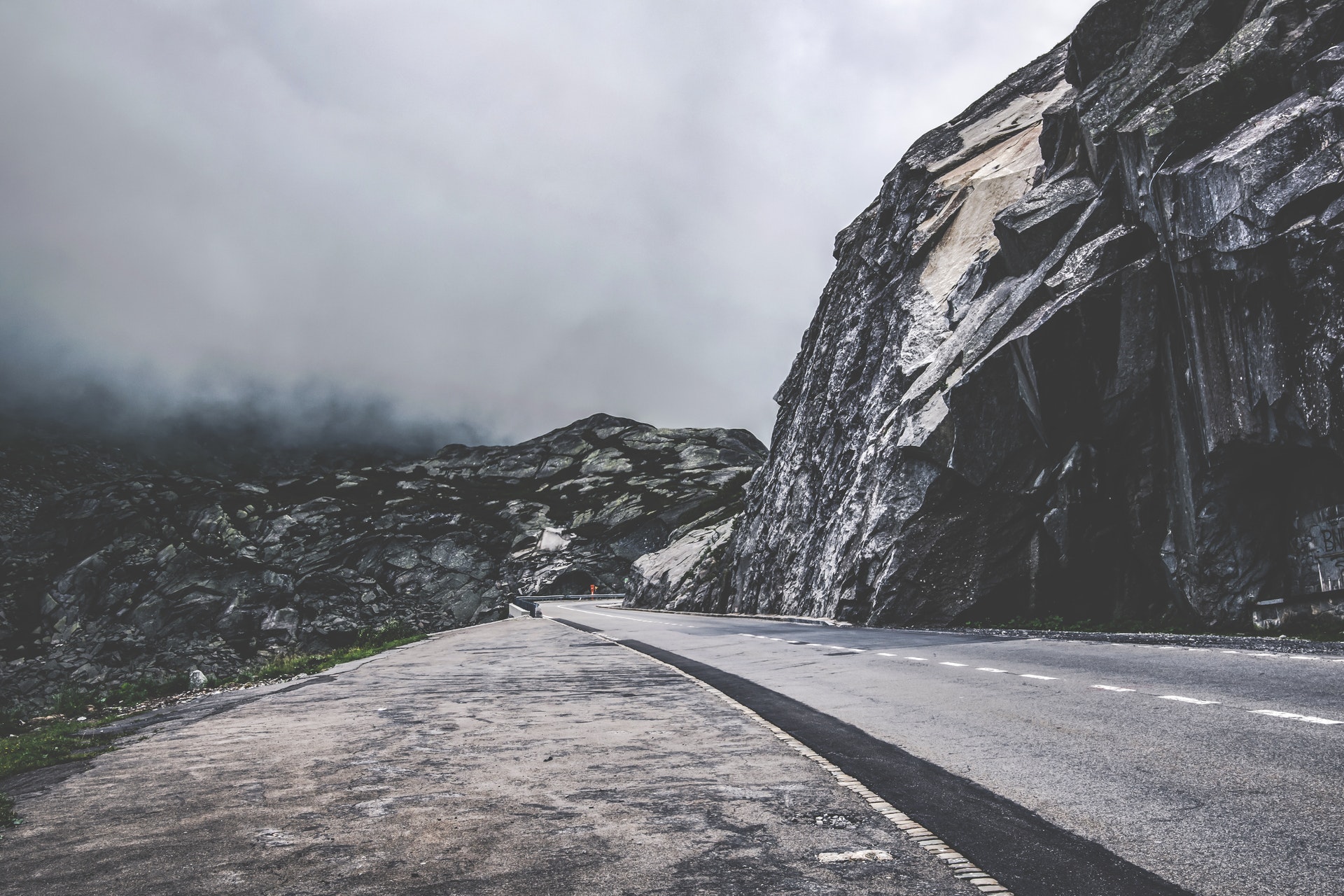 Back then, McDonald’s served their coffee at a scorching 190° F. Stella bought a takeaway cup. As she sat in her parked car next to her Grandson, she placed the cup between her knees to add cream and sugar.

The flimsy container spilt giving her 3rd-degree burns in her pelvic area. Stella spent the next 10 days in hospital on painkillers and receiving skin grafts.

So Stella took McDonald’s to court.

Things weren’t looking good for Stella’s case until the Quality Control Director for McDonald’s got on to the stand. He admitted there had been 800 other cases of out of court settlements for customers with varying degrees of burns totalling $500k.

But McDonald’s refused to reduce the temperature of their coffee.

They stated they sold millions of cups of coffee per day and therefore the injuries, including those to the 79-year-old Stella Liebeck, were “statistically insignificant”

McDonald’s had no empathy.

They were focusing on the data and not the pain, discomfort and skin grafts of their injured customers.

And every member of the jury instantly saw that.

It only took them 30 minutes to decide McDonald’s fate.

Companies use data as it gives them certainty but it’s an illusion. Data obscures empathy.

Businesses are about people and not numbers.

Harvard Professor, neuroscientist and best selling author Gerald Zaltman research showed that 95% of our purchasing decisions are made on our emotions — and then justified by our logic.

We think we’re being analytical, we think we’re comparing brands logically but, in fact, we’re really driven subconsciously by our hopes, fears and desires.

We all know that solving peoples problems is the key to business. We see a problem, we create a solution — and sell it for an agreed price in order for the client to resolve or remove the aforementioned problem.

But we have to solve the emotion-based underlying problems as well as their top of the mind logical problems.

In other words, we need to have empathy.

We have to see the problem from their point of view and consider the emotional drivers below the surface.

When my brother and I were kids my Dad only bought Volvos. They weren’t his favourite car. He bought them because studies showed they were the safest car.

In the event of an accident, the Volvo would give me and my brother the greatest chance of survival. My Dad bought Volvos because he wanted to protect his family.

SME’s employ accountancy firms to save them money. This is logical.

But, really, deep down, good accountancy firms remove the fear of the firm getting fined or the founder going to jail for not filing taxes correctly.

In my case, I create strategies to help people stand out and gain a competitive advantage by thinking differently.

But what I really do is I help people get unstuck. I give them a strategy to move forward which removes the uncertainty.

People know where they want to go they just don’t know which one of the dozens of paths available to them they should take.

So they end up going round and round in circles in their head and get stuck.

According to Neuroscientist David Rock PhD, there are five key drivers to our subconscious purchasing patterns:

The Empathy of Uncertainty

The human brain hates uncertainty. Humans like to feel they are in control, even if it’s just an illusion.

When the London Underground wanted to increase the travelling experience for millions of commuters, they didn’t provide more carriage space, or comfier seats, or even better air conditioning.

No, they introduced electronic boards that told them how long they had to wait until the next train.

And it worked. It removed commuters uncertainty and their commute was less stressful and a better experience as a result.

Uber blew up quickly. It made ordering cabs easier and cheaper but what it really did was remove uncertainty.

Before Uber, we were hailing cabs with a sense of hope more than purpose. Or, worse, phoning cab firms with operators who lied to us about how long we had to wait for a car to arrive.

We had no idea. This created uncertainty.

Uber not only tells us the name of the driver, the car they’re driving, but there’s also a map so you can watch the drivers progress towards the meeting point.

We would rather wait 10 minutes for a car knowing it was en route, rather than 5 minutes uncertain on its arrival time or whether it would even turn up.

If you are looking to solve people problems on a deeper level there are many things you should consider. One of the first should be: how can I remove the uncertainty?

By doing so you are removing the stress and anxiety and allowing them to feel in control and plan for the future.

In business, we have a lot of uncertainty. How can we stand out and get more clients? How can we gain a competitive advantage?

We google it and there are a plethora of blogs, like this one, all giving conflicting advice.

There’s too much information, which is constantly swimming around our heads, this creates uncertainty, which makes us feel stressed and anxious.

I have seen people who spend years in this cycle. Some are embarrassed about it, others are in denial about it.

I get stuck too. Everyone does.

I find it pretty easy to see the opportunities in someone else’s business. Within the first hour, I can usually see a clear path they should take to achieve their goals.

But, here’s the kicker. I can’t do the same for myself in my own business.

Humans can’t read the label when they’re stuck inside the bottle.

When I left the music industry I was burnout and frazzled. I didn’t know which direction to go in. It’s not that I didn’t have ideas, I just didn’t know how to position myself.

I was stuck. And I knew it. So I reached out to other consultants to help me out.

I spoke with 3. And none of them would help me. They wanted me to join their 6-week programme.

But, I didn’t need a 6-week programme. I just needed a session to gain clarity so I could move forward. But this didn’t suit their business model, so they declined.

I get that. I have longer-term programmes too, it works for many but not everyone.

So if you are stuck, as I was, and don’t know what to do next you only have three choices:

Or you have to work it out by yourself. That’s what I did but it took me months to slowly piece it all together

This is why I created the Disruptive Creative Thinking Workshops.

It works on a 1-2-1 basis over 90 minutes and solves the following problems:

I’m only doing a handful of these for now. 5 spots up for grabs, as it’s Black Friday the first two sessions are half price —  (first come first served)

Grab your spot by replying to this email with the problem you want to solve.

If you’re not happy with the outcome then I shall refund you the full amount. No quibbles.

Here are some of the testimonials about the workshops.

“Jake, I truly cannot thank you enough for the wonderful gift you’ve shared with me.

My brain was abuzz with all sorts of ideas, those ideas begetting other ideas, all day yesterday and upon waking up this morning. It’s certainly a frame of mind that I want to bask in forever.

Our session removed my myopic boxed in thinking and helped me see a clear path for the business without feeling stuck.

I’m holding a meeting with my partners to go through the creative strategies and divergent thinking solutions. I loved all the ideas in the workshop and I can’t wait to get there. Again, thank you so much!”

"Those 90 minutes articulated ideas I've only ever briefly thought about and helped validate my current workflow whilst simultaneously changing/enhancing it.

Jake's designed this as a 'no-BS, let’s just get down to the nitty-gritty, which is why this workshop works phenomenally.

"The first thing Jake did was break right through my mental barrier. He taught me to see my weaknesses as strengths and my problems as solutions.

He pushed me to think differently, and in doing that, I was able to solve my own problems while also receiving expert marketing advice, mentorship, and friendly encouragement.

It felt like I was in the dark, but Jake turned on the light, and I saw the way to go next.”

"We didn’t know what to expect but the workshop with Jake was very valuable. It opened a whole world of possibilities and we were able to see the big picture which removed the uncertainty and anxiety.

Jake’s creative process is a great shift in mindset. We came up with some great ideas and have a plan going forward. We were left feeling invigorated”

“Thanks so much for this, Jake. The session was super, super helpful for getting me unstuck on how to move forward with my business. It was such a relief to get all the crap out of my head. The workshop was fantastic!”