The Feynman Method: A mental model to hack (nearly) any niche from scratch —and dominate it.

The Art of Learning Anything Quickly 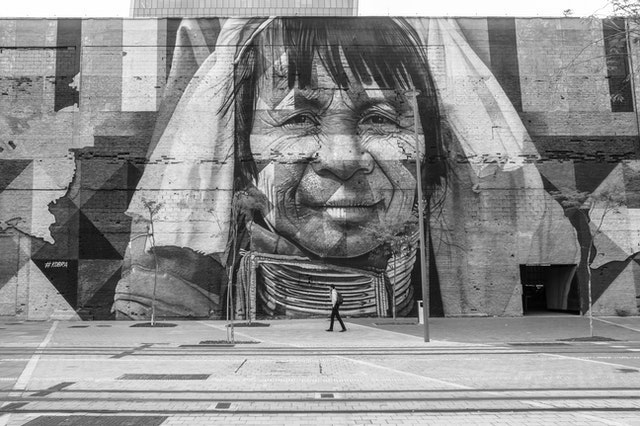 Harry Dry is a marketing expert.

His newsletter, Marketing examples, is a key player in the space.

Harry has gained over 60,000 subscribers in under two years.

But Harry didn’t study marketing at University. He has never been employed as a marketer.

In his interview on the Everyone Hates Marketers podcast, Louis Grenier stated that Harry had more knowledge than most Chief Marketing Officers.

How is this possible?

Bill Gates called him “the greatest teacher I never had”

He was nicknamed The Great Explainer for his ability to break down extremely complex matter and teach it to others.

Feynman also created a system to learn anything faster.

How to use the Feynman Method

The best way to learn anything fast is to study it intensely and create your own work around it.

Start a blog, podcast, or community. Commit to learning everything you can about it.

Another good example is Shane Parrish who did just that with his blog, Farnham Street. He was a cybersecurity expert for Canada’s top intelligence agency.

Shane wanted to learn how to make better decisions so he studied mental models. In order to speed up his understanding and learning process, he started a blog anonymously.

He didn’t promote it. It just sat there but it picked up word of mouth and now Shane is a globally recognised expert in mental models.

1) Pick and study a topic. Embrace all the key books, podcasts, and experts in the subject. Write down everything you know about it. Don’t use jargon. How would you simplify it so children can understand it?

2) Explain the topic to children who are unfamiliar with the material. Keep it up to their level of understanding and use simple language. If they fail to understand, that’s on you and not them. Go back to the drawing board and return when you have simplified the process further. If early teens get it, you are good.

3) Identify any gaps in your understanding. You’re going to get stuck over certain points. That’s normal. Even expected. Go back to the original work and go through it again so you can understand the points that are blurry. Simplify, get clarity, and understanding

4) Then write a version of it in your own words.

“If you want to master something, teach it” — Richard Feynman

Harry was a web designer. He used a website called https://dribbble.com/ as many designers do to get inspiration.

This gave Harry an idea. He was going to create the Dribbble for marketing.

Tip # 1 — Look at what is working in other niche’s. What can you add? How can you differentiate and add value?

This is key. You have to put in the work. For this one post with 21 copywriting tips, Harry did the following:

Twitter has been Harry’s main source of subscribers. He spends up to two days sculpting his tweets.

He’s creating the image. Painstakingly working on the title and content.

His attention to detail is second to none.

Tip # 2 — Do what you excites you. Cliché? Absolutely. But you will not have the level of commitment required to succeed otherwise.

Malcolm Gladwell is a multi New York Times Number 1 best-selling author. He was a staff writer on the New Yorker for over two decades.

He is one of modern society’s most celebrated authors.

They tested the school standard level of his writing. It was 8th-grade. ( aged 13-14 for us Brits and Europeans)

Gladwell believes one of the keys to his success is to explain complicated and unconnected things simply.

Tip # 3 — Don’t use jargon or fancy words. Clarity is the goal. No one cares if you’re clever.

Distribution is king. Without eyeballs your amazing content is futile.

This is where Harry excelled. He wrote down all the places that marketers and entrepreneurs hung out online.

Harry put in the promotion grind. Without distribution, we wouldn’t be talking about Marketing Examples.

Harry has built-in public and distributed his content everywhere.

The biggest challenge for any artist, creator, or entrepreneur is within themselves. We get in our own way.

These are your biggest obstacles.

The main thing is to get started. Have a release plan and strategy and stick to it.

Tip # 5— Reframe failure. Welcome it. It’s an essential part of your creative journey.

Outcome goals are results based on whatever success looks like to you.

The trouble with outcome goals is you’re not in control. They rely on algorithms or people interacting or buying our products and services.

Process goals are in our control.

John Grisham has sold over 300 million books. Tom Cruise, Denzel Washington, and Matt Damon have played the leads in movies adapted from his books.

When Grisham started writing he had a young family and a busy law practice. Time was an issue.

His goal was to simply write one page a day. He worked every day from 5 am-7 am on his book, then started his legal work.

It took him 3 years to finish his first novel which sold just 5,000 copies.

The key to his success was the process of simply writing one page a day.

That is 4 % of creators earning 6 figures. Each niche is different.

Find out what is the requirement is for your niche. Find out how the market leaders dominated the niche.

Reverse engineer their process. How can you do it differently?

Whatever your favourite content is create it, every day. At least 5 days per week.

Example: I am doing a 50 blog post in 50 working day challenge.

There you have it. A plan to hack into ( nearly) any niche and dominate it.

“Feedback. High quality feedback is everything. Otherwise you never know where you're going wrong.” — Harry Dry