The science behind self-talk and how it shapes our reality

They say success in elite sports is 70% mental. This is also true with artists and creatives who are shipping content. Confidence is widely recognised as the most important predicted of good performance levels. We look into the sport psychology of confidence and how you can apply that to your creativity. 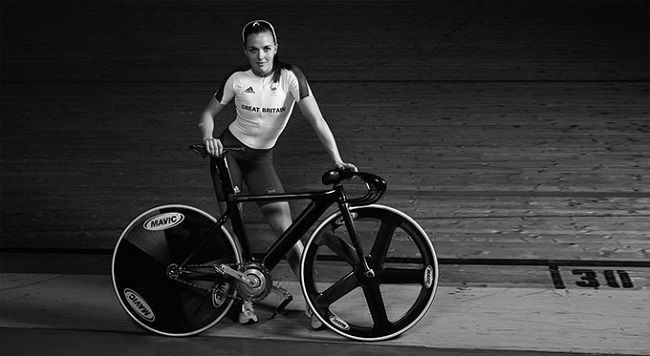 Victoria Pendleton is an Olympic, Commonwealth and European champion cyclist, and one of Britain’s most successful Olympians of all time.

But this wasn’t always the case. Victoria suffered badly with sabotaging self talk. The pressure to perform led her to self harm in an attempt to cope with the pressure and expectation, as she confessed in her interview in the guardian

She had started cutting her arms with a Swiss Army Knife. "I'd been training really hard," she says, "and my progression had been very slow ... I just dwelled on the negativity of being stuck in that little room in Switzerland, by myself, feeling like a failure ... Thank the Lord, Steve Peters came along, because if I hadn't met him, I think I probably would have left Switzerland, and given up."

Victoria had the talent but was racked with self doubt. She thought she wasn’t good enough. She felt like an imposter and came 9th in the 2004 Olympics.

When we’re filled with self doubt we don’t commit fully and the lack of belief becomes a self fulfilling prophecy. We perform below our level of skill and creativity.

This is true of creatives as well as athletes.

It was Steve Peters that changed everything for Victoria. Peters introduced mental toughness. It’s not a quick fix. Once Victoria realised she was creating all the pressure on herself she relaxed.

Victoria learnt that self talk was just a negative thought loop. It wasn’t real, they were just thoughts.

Peters taught Victoria how to control her self talk.

By controlling her self talk, she was able to change her internal emotional state, which changed her behaviour. Victoria now believed in herself. She won 2 gold medals and broke world records at the 2008 Olympics.

It isn’t a switch. You need to work and train everyday. In the same way we need to work out 3/4 times every week if we want to remain physically fit.

Immediately before each race Victoria’s coach threw a large blanket over both their heads to block out the distractions of the crowd.

They both worked on Victoria ideal performance state or her “game face” as it’s often known, so she could perform at her best.

This isn’t the article I was going to post this week. But, increasingly, these articles become a bit of self therapy.

That’s what creativity is for right? To process our feelings and connect them with others who may feel the same.

It’s been years, decades even, since I’ve darkened the door of unsolicited cold outreach.

It’s a necessary evil. And an exciting challenge.

Besides, I chose this path. I felt I could have a bigger impact elsewhere. So I quit artist management. And here I am.

Cold emailing is scary though. Rejection stings like a mofo and it’s easy to get caught up in your head about it. Especially when all you get is silence.

I treat it as a game. A way to increase the surface area of my luck. But that doesn’t mean I’m impervious to negative self talk.

It’s weird the tricks our self talk plays on us.

You know this feeling, right? The fear of rejection is one of the most common creative blocks.

It only serves to reinforce our false believe that we’re not good enough. We get rejected or a perceived rejection and beat ourselves up about it.

Negative spirals can happen about anything: our creativity, relationships, health, careers, money…our futures or even our pasts.

We create stories. We create patterns and run programmes subconsciously that control how we live our life.

We limit our potential by falling into the sabotaging self talk trap.

You have to question your self talk. It’s not really true. At best it’s a gross negative exaggeration of the truth.

I have insecurities like everyone else. But I’ve been working with artists and creatives for 28 years. I know I can have an impact. So why does my self talk tell me I’m not good enough?

Here’s the truth: your self talk is not you. It’s not real. It’s just thoughts. It’s part of the human experience.

It feels real. Very real. The science is this: we have around 60,000 thoughts a day.

We jump on a thought and obsess over it, this creates a chemical reaction which creates an emotion. The emotion creates an internal energy state, which dictates our behaviour.

Our behaviour dictates our level of performance.

Mental toughness trains artists and creators to control their self talk so they can perform at their best.

Controlling your self talk is the single most important thing you can do to improve your performance in anything.

In his interview on Tim Ferris’ podcast ( which I highly recommend) Jim Loehr tells the story of Dan Jansen the Olympic speed skater.

Dan was the most talented speed skater of his generation. His dream was to win a gold medal at the Olympics but personal tragedy blighted his career.

Dan was favourite to win gold at the 1988 Olympics. Hours before the race his 27 year old sister died of Leukaemia.

Dan wanted to pull out but his family convinced him to skate and dedicate it to his sister. Dan got off to great start in the 500M sprint but fell at the first turn.

Fast forward 4 years to the 1992 Olympics. Dan was the world record holder for the 500M. He was once again favourite to pick up the gold medal.

The press were merciless. At the press conference they talked about him choking and falling. They asked him whether he had got over the death of his sister.

The truth is Dan hadn’t. He had failed at the previous Olympics and because he had dedicated the races to his sister he felt he had failed her memory. Dan had a mental block about the Olympics.

Jim set about reprogramming his self talk.

Dan wanted two things: to have some sort of Olympic medal success and to break the world record of 500M in under 36 seconds. This was the speed skating version of the 4 minute mile.

Jim set about reprogramming Dan’s self talk. He got him to journal every night 35.99 seconds and I love the 1000M over and over. He got Dan to put notes everywhere around the house.

Dan lived and breathed those mantras.

It took 6 months. By the time of the 1994 Olympics Dan had beat the 36 second 500M record three times. He was once again favourite to pick up the Gold medal at the 500M.

He didn’t fall but slipped and came 4th. He was gutted.

The 1000M was his final chance. Dan went out there as a tribute to the sport he loved so much. He let go of his mental blocks and won the gold medal comfortably.

Dan retired as an Olympic gold medalist and beat the 36 second record a feat that was considered impossible by experts.

And it was down to reprogramming his self talk. The science is clear, the brain is malleable. Neuroplasticity is real.

If we are intentional and consistent with the input our mindset will change.

It’s easy to dismiss these stories as elaborate instagram memes about positive thinking. Those memes are right. Kind of.

Reading memes on instagram isn’t going to change anything. We need a system. It’s a daily practice. It’s simple but not easy to do.

It takes between 3-6months to reprogram our mindsets and a lifetime to maintain them.

Once you have a dedicated programme it can take as little as 10 minutes a day.

It’s not just for elite athletes. It’s for anyone who wants to change their story. You probably won’t win a gold medal but you can fulfil your creative potential.

You can the best creative you can be. You can be free to create without the fears and insecurities that block and limit your best work from ever being born.

More on self talk here