The Zeigarnik Effect: How to Hack your Creative Procrastination

Two hacks to get shit done 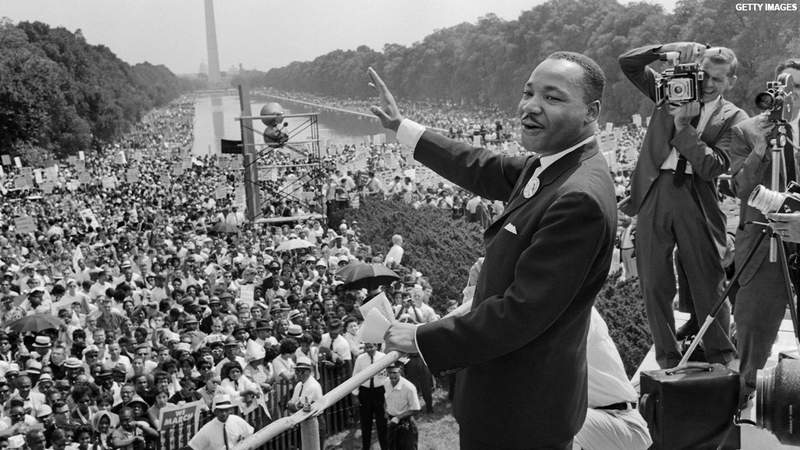 Below are two hacks: one for creative and one for regular projects.

I have a dream speech is one of the most famous speeches in history.

Even though he had months to write it, the original speech was only written the night before the rally.

Noted gospel singer, Mahalia Jackson shouted to King from the crowd “ Tell them about the dream, Martin”

Kind departed from his prepared remarks and started improvising, punctuating his points with “ I have a dream…”

King Jr had used ‘dream’ references before in many of his speeches.

Have you ever been in the shower and the solution to a problem pops into your head?

Psychologists call this The Zeigarnik Effect.

When we leave unfinished work our subconscious is still working on it. Our mind is working out solutions and connecting the dots.

How was it discovered?

Psychologist Bluma Zeigernik was eating in a restaurant in Vienna. She noticed that waiters had better memories for unpaid orders.

After the bills were paid they were unable to recall the orders with any clarity.

Participants were given simple tasks to complete such as placing beads onto string, puzzles, and maths problems.

Half of the participants were interrupted halfway through the experiment.

After an hour delay, Zeigarnik asked participants to recall what they had been working on.

Results of another experiment showed that participants were 90% more likely to remember unfinished tasks.

How to use Zeigarnik to hack your performance?

We all procrastinate. Sometimes because the task bores us and other times because we fear the results or the criticism.

We put off the tasks, leave it till the last minute and then have a mad last-minute panic to complete the task which creates a lot of stress and often produces poor work.

A better strategy is to start early the creative task early and then leave it.

The Zeigarnik effect will kick in and your subconscious will come with better ideas.

I do this all the time when writing articles.

I have an idea, start it, and let out percolate. When I return to it I have several other ideas.

Regular readers know that I’m a fan of simplifying and serialising. Incidentally, it was a client who came up with this term.

Basically, I boil down big tasks into smaller tasks and build a system around them.

This forces you to execute.

We publicly make a commitment to deliver content X times per week.

If it’s under 2 minutes do it now.

The concept is to simplify the task. And just start it. Anyone can write a couple of paragraphs, or open their study material.

Starting is the hard part.

James Clear also wrote about this hack in his Atomic Habits book.

The great thing about building habits is it creates an identity. Your self-esteem and confidence will grow.

Why? Because you become someone who sticks to systems. Setting difficult goals and tasks in public is great for mental and emotional health.

As long as you keep at them.

Procrastinating is terrible for our self-esteem. We beat ourselves up something chronic as we delay important tasks and then get pissed off with ourselves for doing so.

Just start and then continue.

Start early and stop. Leave unfinished work and allow your subconscious creativity to come up with new ideas and connect disparate ideas together to create something new.

I’m an ex- multi-platinum artist manager. I created strategies and built audiences for artists who sold millions. I’ve challenged myself to write 50 articles in 50 working days. 40 down, 10 to go.