Blackbeard was a ferocious and evil man. Or at least that’s what he wanted us to think…

The captain of Margaret had surrendered without a shot being fired. Contrary to popular belief, Pirates avoided battles as gunfights could damage both their ship and the loot they were intent on stealing.

Instead, Pirates used their fierce reputations to instill so much fear in the crew that they would surrender without a fight.

Blackbeard was the most famous of all the pirates. He had a vicious reputation but there are no records of any violence or murders.

Blackbeard had wild eyes that pierced men’s souls. He tied lit fuses (slow matches) to his beard to give him a mythical edge and frighten his enemies.

He fabricated stories of violence that sailors gossiped about in slop houses.

Blackbeard was the most notorious pirate because he had built a successful personal brand.

Blackbeard had increased his status and created his unfair advantage.

A friend of mine told me about this book. It’s good. It’s one of those books that fed into my confirmation bias.

Life is not fair.

Most of us have unfair advantages to varying degrees.

An example of this is illustrated in the book 👇

“ I am a young, white, educated male. I got really, really lucky.” — Evan Spiegal

Spiegal grew up wealthy. His parents were high-powered lawyers who had strong connections with venture capitalists who were instrumental in his success.

We can’t blame Spiegal for using his connections. We would all do the same if we were born in similar fortunate circumstances.

The factors of unfair advantages the authors use are:

We can increase our insight and our expertise through learning and mastery. That is a given.

But to really move the needle we need to increase our status with our personal brand.

Whether we like it or not we all have a personal brand that ultimately determines the number and quality of the opportunities presented to us.

Steven Bartlett is 29 years old. His net worth is > £50 million. He co-founded Europe’s biggest social media marketing company which is valued at $600 million.

Steven and his business partner built all this on his personal brand.

But Bartlett was not born into wealth.

His parents were bankrupt. He lived in a run-down area with an overgrown front garden filled with junk that filled Steven with shame.

He dropped out of a normal school in the sixth form. Got accepted for an average course in an average university in Manchester, UK.

He dropped out after one lecture. His parents were so disgusted with this decision they literally disowned him.

He didn’t have any connections to Venture Capitalists.

Bartlett knew the power of personal branding and how to leverage it to create more opportunities.

This is what he now does:

He now has millions of followers across social media.

Bartlett was driven by his tough upbringing to become a multi-millionaire.

He used the flywheel strategy and contrarian thinking to achieve that.

The flywheel isn’t new. It’s been about for decades.

I used the flywheel strategy with artists who sold millions. It worked best for DJs rather than bands who released and toured in cycles.

Flywheels are heavy. They take a lot of effort to get moving but consistency over a long period of time builds momentum.

As the wheel spins faster and faster you will get more and more opportunities presented to you.

I use the flywheel in creative strategies/ personal branding.

Below is a DJ called Mauro Picotto.

I managed him for 9 years and this was the flywheel strategy we used. He was unknown outside Italy and within 2 years he was voted the 8th biggest DJ in the world in the annual DJ Magazine Top 100 DJs which remains the official industry barometer today.

These were the results:

To be clear, it was Picotto’s talent that drove the project but it was the flywheel strategy that leveraged his talent to achieve maximum brand power, opportunities, and exposure.

There’s no quick fix. The flywheel is not a quick strategy. It also requires your content to stand out and get noticed.

Every content channel is saturated so this is a challenge.

There are many established strategies to get your content noticed. One of the most popular is contrarianism.

I’m a contrarian. I have always rebelled against the system.

But when it comes to publishing contrarian content I struggle because I am mostly introverted. I know I will receive backlash.

A lot of contrarians and rebels are introverts….Elon Musk, Jeff Bezos, Mark Zuckerberg are some famous examples.

Carl Jung coined the terms introvert and extrovert. He also said that most people are neither highly introverted nor extroverted. Most of us flip flop in-between the two depending on our thinking and energy at any given moment.

I am an ambivert but mostly introverted.

I have worked with artists and clients right across the spectrum for more than 2 1/2 decades. Publishing content of any kind is extremely challenging regardless of where we sit on the extroversion/introversion spectrum.

In the end, we all fear rejection. It’s baked into our DNA. We want to be accepted by our tribe. This often means we dilute our content to try and fit in and not rock the boat.

We start making excuses. We start procrastinating and delaying our projects.

We succumb to our fears.

However, publishing content/ building personal brands is much harder for people who identify themselves as introverts.

Some contrarian strategies for introverts and extroverts

I publish a lot of content on Reddit. It can be a cesspit. A brilliant one. I have met some of the most interesting folks in my life on Reddit. Some have become clients, others friends.

I have also been verbally abused in the most ferocious and spiteful manner you could possibly imagine.

I have developed some strategies along the way.

Fear of rejection is really fear of shame. Shame is not a nice emotion.

It taps into our deep-rooted human fears of not being good enough — both in terms of skills and, sometimes, worthiness.

I know that posting contrarian content will get me rejected and I will feel shame as a natural result of that. It’s human nature.

However, If I don’t post the content I will also feel shame. The shame of running away from fear and limiting myself. I feel really disappointed in myself. I feel I’ve let my family down. This eats away at my self-esteem.

So I know, either way, I’m going to feel a certain amount of shame.

The question is what decision is going to make me feel the least amount of shame?

For me that is posting the content and here are 4 reasons why:

1) Providing for my family is the # 1 reason for building a business on this crazy internet thing.

2)  If I don’t post the content or dilute it, it removes any real value someone may get from it, which defeats the purpose of creating the content.

3) I’m not being myself If I’m trying to conform.

4) I know that the only way to stand out in this crazy-crowded world is by being myself and having the courage to think differently.

If we want a business we need to consistently publish content. That’s just the way the world works now. We need to build our personal brands if we want to be successful in any business.

Publishing content that makes a difference can be scary.

We only have two options, we either run from fear and shame or we run towards it.

I use the thought experiment below for any fear/problem I face. And here is my formula.

Question 3 — Which will make me feel worse?

Answer all three questions honestly and you have your answer.

And here’s the thing. When I face my fears and post honest content pride quickly replaces any shame. Sure, some of the comments still sting.

But they’re just insecure angry sad people probably living in their parent’s basement who put down other people to make themselves feel better about themselves.

You can't make an omelet without breaking some eggs.

The more you repeat this task the less of a grip fear and shame will have over you. You will feel more and more pride. This is great for your self-esteem!

Successfully facing and overcoming challenges is the best thing you can do for yourself.

So there you have it. The biggest unfair advantage available to any of us is to simply be ourselves.

Stand out, be genuine, get inbound leads, and make a difference.

The more you do this, the more confident you will become, and the better your work will become.

We can either run from fear or we run towards it.

Another way of saying the same thing is: we can have the courage to be ourselves and use that to help others or we run from fear and pretend to be someone else by conforming.

I love writing this newsletter. It’s fun. It forces me to articulate thoughts that I otherwise wouldn’t have the opportunity to do.

However, it’s labor-intensive. I’m looking at different ways to provide more value in short-form content on social media in addition to the newsletter.

I’m delighted with my client’s reactions and want to extend it. I do this with 1-2-1 consultancy clients who want to develop their personal brand/ creative strategy/ stand out in crowded markets.

I’m basically experimenting. Trying new shit out as they say…

Bi-weekly newsletters may be a long-term thing or it might be weekly again in March, who knows…

That’s all for this week, back on Feb 17th 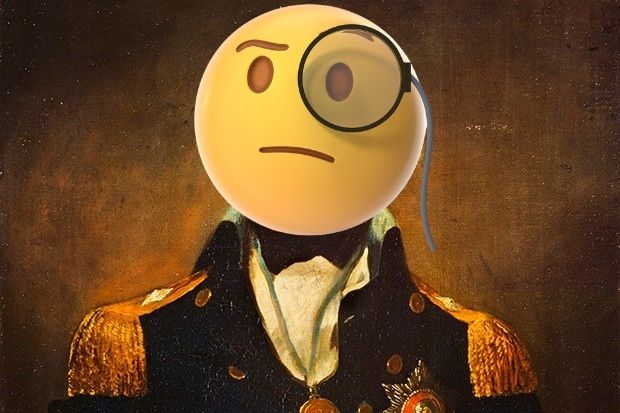 And The Somewhat Difficult Art Of Managing The Wee Bugger