Creative Insights From The US Open

The Surprising Similarities between Tennis and Creativity 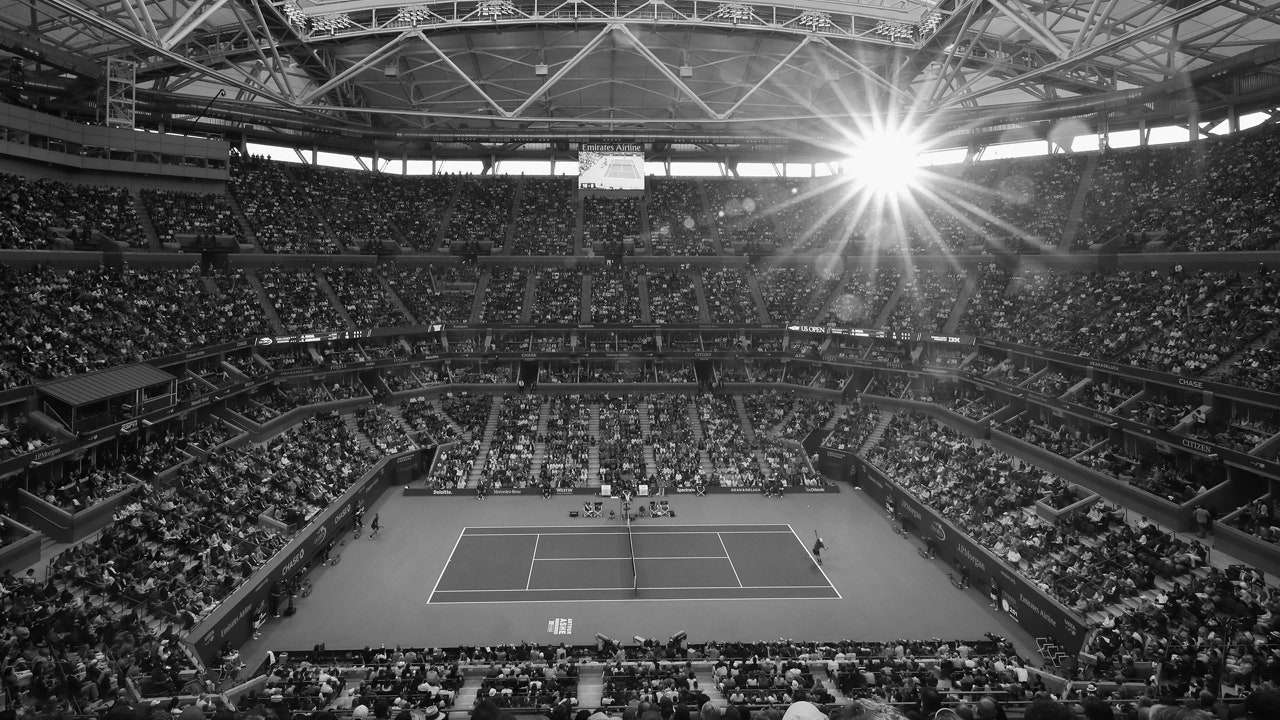 Creativity is a solo sport

In tennis, you have two opponents. The person you are competing against and yourself.

A player’s toughest opponent in any match is usually themselves.

With the razor-thin margins between winning and losing, it is the number of unforced errors over the course of a match that is often the difference between success or failure.

Unforced errors are built in the player’s heads and played out in reality.

We are often the architects of our own downfall.

What every pro tennis coach knows is humans perform below their skillset under pressure.

The pressure is created in our heads. The negative thoughts create chemical reactions which create negative emotions that impede our abilities.

Our creativity is the same…

Self-doubt limits us. Fear of failure and looking stupid only compounds that further.

The NASA creativity research is clear. 98% of 5 year olds scored levels reserved for creative geniuses. By the time the same kids reached adulthood only 2% remained with the same level of creative talent.

Self-doubt, fear of sounding stupid, and failing severely hamstrings our creativity. We conform, create the same vanilla that everyone else does in our quest for safety.

Our battle with creativity is not the competition or the market forces of our niche. It’s not even with our level of talent; it is with the fear within ourselves.

If you play the obvious shots you will make fewer mistakes but it will win you nothing. You will be a mediocre player at best.

And you will lose to players who take risks even if they have less ability than you.

This is also true of creativity. If you don’t take risks you will be mediocre. Your work might as well be invisible.

The quality of the ideas is key. To get the best ideas you need to reach deep within yourself and pull them out from your soul.

Not everybody can do that. Baring your soul requires bravery beyond the comprehension of most.

Only a tiny minority have the courage to stand face to face with their creativity and share it with the world despite the crippling fear of rejection.

Creativity is about courage. Courage combined with your creativity is your competitive advantage.

Use it and use it often.

Novak Djokovic will go down in history as one of the best ever tennis players.

He is also one of the most unpopular. He is a machine. And unlikeable as a result of that.

The only emotion you generally see from Djokovic is anger and frustration as he smashes rackets into the ground like a petulant child having a meltdown over unsatisfactory ice cream.

Yet whilst losing the US Open final he began to show vulnerability. He dropped the machine persona and started to show his humanity and the flaws we all possess.

And the crowd responded.

They connected deeply with him on a human level for probably the first time in his career.

The crowd gave him the most support he has ever received.

You could see how much this meant to Djokovic who completely out of character burst into tears.

Machines have feelings too it seems.

Creativity can be scary. We hide our flaws as we are ashamed of them. We think others have got their shit sorted out.

But that’s just not true.

We can pretend we are machines but we can’t hide from our own truth.

It is our flaws and our honesty about them that allow us to connect with others. It is our flawed humanity that connects.

Don’t hide your emotions, be vulnerable and connect with people.

Remember creativity is about courage. The hardest and most courageous thing we can do is be ourselves.

There is no greater recent sporting story than that of Emma Raducanu. It truly is remarkable

She is the first qualifier to ever win a major tournament in the history of tennis. To do this without even dropping a set is beyond ridiculous.

But that’s not the full story, both finalists were moon shots. Outsiders with only blind hope from their team to scratch the surface and believe in themselves.

Emma Raducanu was ranked #150 in the world, and Leylah Fernandez was ranked #73 going into the US Open.

Leylah swept aside former champions and a few of the top 5 seeds on her unstoppable march to reach the finals.

Only 5 players outside the top 50 have ever reached the US Open final. Emma and Leylah are two of them.

The real story here is not about winning or losing the open, it’s about self-belief and working relentlessly to master your craft.

The goal isn’t to climb Everest, the goal is to become the best climber you can possibly be.

Neither Emma nor Leylah entered the US Open seriously believing they would defy history and reach the finals.

They mastered their craft, focused on the fundamentals, worked harder than they ever thought was possible, and the results took care of themselves.

You should do the same with your creativity.

Piers Morgan is a professional troll.

He made an amusing attempt to claim responsibility for Emma Raducanu’s success after the attention seeking comments he tweeted about her when she pulled out of Wimbledon due to illness and mental health reasons.

You can see this when he hilariously storms off set during a live TV show after his co-host criticises him for his constant bullying of Meghan Markle and her mental health.

He seems to have something against mental health. Those in glass houses….

Everybody knows Piers Morgan is a spineless insecure bully who only exists because his controversial puts-downs give him the attention he so desperately craves.

Trolls can give it, but they can’t take it.

Trolls put others down in a pathetic attempt to make themselves feel better about themselves.

Don’t feed them, don’t engage with them, just laugh at their pathetic need for attention and get on with your day.

Emma Raducanu credits her triumph at the US Open to mental toughness.

The difference between a good athlete and a great athlete is mental toughness. This is also true in creativity.

Mental toughness is the ability to control your self-talk. Over lockdown, I did a certification in mental skills coaching for athletes and became a licensed practitioner in the world-leading Mental Toughness program, MTQ.

It’s a complex subject. Like anything in our personalities, it’s 50% nurture and 50% nature.

You can learn mental toughness.

The neuroscience is clear: our thoughts create chemical signals and our bodies create the corresponding emotions.

In cognitive behavior therapy, they call this the cognitive triangle.

Most people know this but somehow discount it. After all, positive thinking is not a revelation.

But it is massively underestimated by those outside of elite sports, special forces, and top level entrepreneurship.

If you want to read more on it you can do so here.

Professional athletes and special forces use performance statements to control their thoughts and therefore their emotions.

“Self-talk is actually a type of self-hypnosis. By repeating positive self-statements over and over again, Novak hypnotized himself into a pure level of confidence. He created a mental tape that played only a positive energy song.

Novak Djokovic shows us that even the greatest people in their profession need a positive mental boost time and time again to perform at their best.

Unfortunately, many people do the opposite: They fall flat from the negative tape playing in their head. Instead of developing a habit of affirming statements, many people have created a tape full of self-doubt and fear of failure.”

That is everything for this week. Thanks for reading.

You can read more in the archives here. Find out more information on my website

Too Much to do? Don’t know where to start?